Two Treasures of the 20th Century

Posted on February 5, 2011 by 2ndAmendmentright.org 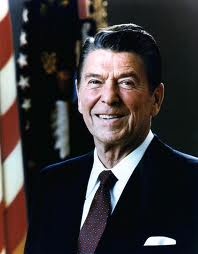 As I look back on the past 100 years it’s hard to ignore the comparisons between two icons of the 20th Century: Ronald Reagan and the 1911 .45 pistol both celebrating 100 years in 2011.  It is impossible to not see the many similarities between these two timeless treasures and the impact that they both had on this great country both in the 20th century and into the future.

Powerful, Precise and Political: despite all the debate and comparisons of the many cartridges and various rounds for self defense, etc. it is hard to argue with the success and effectiveness of the 45 ACP round.  Very few will deny that it doesn’t have “knock-down power”.  More importantly, the design characteristics of John Browning’s invention, like so many well designed machines (internal combustion engine & jet turbines) the basics of the design have changed very little over the past 100 years….clearly the mark of a timeless treasure. The precision of the 1911 design and internal workings have been the foundation for all semi-auto pistols on the market today.  Like the fact that the DNA of wolves is found in every domestic dog so too is the DNA of the 1911 in every semi-auto today.  Ronald Reagan’s political power was awesome.  With an all democratic congress he made great strides in reducing the size and scope of government and removed its burden off American’s backs so they could pursue their dreams.  He reduced tax rates and freed capital for American’s to be productive.  He strengthened our military and did what no military or country had the might to do…..he broke the Soviet Union, thus ending the cold war.

Classic & Conservative: most of the 1911 style 45’s being made today still look in both “form and function” like the original 1911 design.  Granted with newer metallurgy and fancy additions the basics are still very close to the original.  Just as the 1911 has not changed so too have the founding conservative principles that Ronald Reagan represented stayed constant: rugged individualism, limited government, American exceptionalism and power through the strength of our morals, economy and individual freedom, and the belief that America is “One nation under God” and a nation that “Trusts in God”.  The classic design of the 1911 45 and the conservative founding principles have continued to be tried and true over the years.

Impact & Impactful: it’s hard to imagine the force and impact of a .45 caliber bullet.  It was hard to realize at the time the force and impact that Ronald Reagan would have on America.  He re-kindled a sense of manifest destiny and greatness in America.  He led Americans to believe that our greatest times were ahead, not behind us.  Like a .45 caliber bullet hitting its mark the shock waves of Reagan’s presidency still reverberate today.  Russia once the centerpiece of the USSR still attempts to remedy its political might and influence, military prowess and moral relevance in the world.  Reagan’s political power I surmise will continue to grow stronger well into the 21st century as America enters a perilous period of crushing national debt, governmental over-reaches and continued restrictions on individual freedoms.

Designed & Determined: not only is the 1911 45 a well functioning and engineered pistol it is a work of art in its design.  Weather the frame is steel or alloy the gun functions the same.  It has been chambered in various calibers to include the 9mm, 38 super and still functions flawlessly.  It is well designed and determined in its ability to last 100 years.  So too was Ronal Reagan.  He ran for the presidency 4 times and won twice.  Ronald Reagan was relentless in his pursuit to destroy the Soviet Union and to return the US economy to low inflation following the Carter presidential debacle with 12.5% inflation rates and unemployment rates hovering at & above 9.6%, close to where they are today with Obama.  As a result of Ronald Reagan’s determination to fix our economy he left office with inflation rates of 4.4% and unemployment at 5.5%.  The biggest factor that liberals continually try to discredit, counter and misrepresent is the fact that during Reagan’s presidency, federal income tax rates were lowered significantly with the signing of the bipartisan Economic Recovery Tax Act of 1981[110] which lowered the top marginal tax bracket from 70% to 50% and the lowest bracket from 14% to 11%.

Liberator & Communicator: from the allied troops that landed at Normandy to the Marines fighting in the Pacific one sidearm was a constant: The 1911 .45 service pistol.  This gun truly was a “liberator”.  Countless US GI’s went into harm’s way and at their side was the 1911 .45 pistol.  The effectiveness of the 1911 .45 pistol was to the US war efforts what Ronald Reagan’s ability to effectively communicate was to his impact on US History.  Ronald Reagan had a manner which disarmed his opponents and he was oftentimes underestimated and misunderstood.  Reagan’s own words put things very well in perspective: “I wasn’t a great communicator, but I communicated great things”.

Two great things that came out of the past century: the 1911 .45 pistol and Ronald Reagan.