Posted on February 14, 2019 by 2ndAmendmentright.org

Very much the Same case here in New Mexico where the BloomingIdiot Bloomberg essentially BOUGHT OFF all the Democrats in our State House as evidenced by Public Records! The PAC “EveryTown for Gun Safety” is the #1 Contributor to all the Dems in Santa Fe, New Mexico!

28 of the 33 Sheriffs in New Mexico have stated they will not enforce these unconstitutional laws and several counties have already declared that they will be “2nd Amendment Sanctuary Counties” taking a play out of the Liberal Playbook!

The oath of the police is in many localities, “To Protect and Serve.”

It’s certainly not to send them out as cannon fodder to confiscate the weapons from those who will not do so without a fight.

This overreach if not immediately struck down by a lower court of appeals, will be settled ultimately in the United States Supreme Court.

With of course Washington’s taxpayers footing the bill.

Law makers all took an oath when being sworn into office to uphold the Constitution.

Have they forgotten their oaths or are they such zealots they just don’t care. 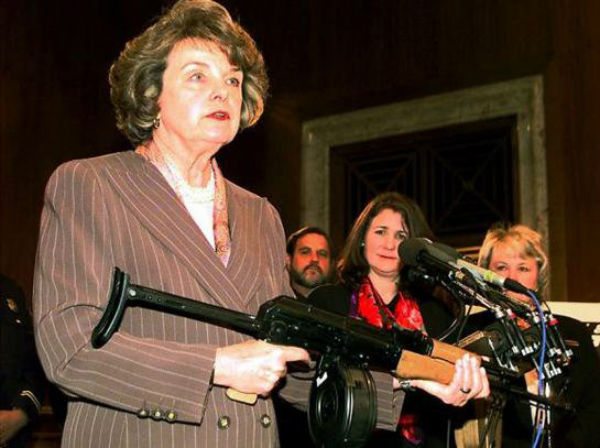 Note, the senior dowager from CA know nothing more…