Posted on February 5, 2013 by 2ndAmendmentright.org

They are going to continue to whittle away at the 2nd Amendment! They will try to marginalize, scrutinize, demonize, and rationalize that common sense Anti-gun and 2nd Amendment laws will make us all safe! More BS!!

Serve Him in the Waiting

Section III, Paragraphs 7 and 8 of the Programme of Action mandate that if a member state cannot get rid of privately owned small arms legislatively, then the control of “customs, police, intelligence, and arms control” will be placed under the power of a board of UN bureaucrats operating out of the UN Office for Disarmament Affairs. 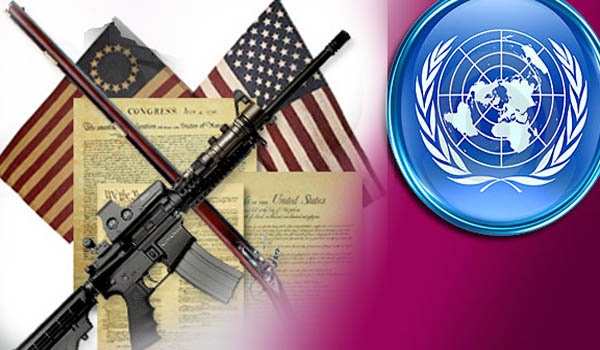 On November 7, the First Committee of the United Nations General Assembly voted 157-0 (with 18 abstentions) in favor of Resolution L.11 that will finalize the Arms Trade Treaty (ATT) in March 2013.

China, the United Kingdom, and Germany all voted to move the historic measure toward passage.

As we have reported, when the treaty was being deliberated in July, the United States was the only obstacle preventing the global arms control regulations from being imposed on the world.

Miraculously, however, all the points of the agreement Secretary Clinton found so distasteful